She talks about her first experiences in the industry in this 2019 interview with Dave Naz. (Whose YouTube channel we highly recommend!) Aliya does her own makeup and posted a great makeup tutorial on her YouTube channel.

SMOOTHIE: Her eye contact is great and this is a good POV shot. Some people use lenses that distort the penis and give it a fish shape.

FRUITSHAKE: You’re focusing on the dick?

SMOOTHIE: Realism, man. It’s all about presence! You want to imagine this is your dick in her mouth.

FRUITSHAKE: Well, first of all, mine would be harder than this dude’s is.

SMOOTHIE: Yes, it’s not that stiff. The contrast of a rock hard member and those warm lips is part of the visual pleasure.

FRUITSHAKE: 03:35 She gags and her eyes roll up. That’s so hot. And then she releases some saliva on his johnson.

SMOOTHIE: Did you know there’s a new Ray Johnson show at the Morgan Library now?

FRUITSHAKE: Unrelated but I’ll check it out. At 04:39 she’s making super sexy noises with her mouth. Her fingers look tiny around his dick and that makes it look bigger but what I like here is the combination of tenderness and abandon she’s giving.

FRUITSHAKE: Yes, Adriana Chechik, who I absolutely love, would have slathered a pint of spit over it by this point.

SMOOTHIE: 05:22 I like her sultry voice here. At 07:09 the kittenish voice doesn’t work as well, doesn’t seem as sincere. But she fixes that in the subsequent moments.

FRUITSHAKE: 08:30 I’m not really into her putting her feet around the cock.

SMOOTHIE: Not a foot fetish guy? You do have that Elmer Batters book, I recall.

FRUITSHAKE: I like legs. Well, this is not my favorite BJ scene by Aliya but she is always very, very good.

SMOOTHIE: Right, or maybe princess is more accurate–she’s only 22.

SMOOTHIE: Yep, you got me there!

Both clubs I’ve visited have been super amazing to me! Goldclub Centerfolds (Rancho Cordova, CA) & Diamond Lodge/Royale (Canton, OH) treated me like a princess.

My style is myself. Colorful, love having curly hair. I’m genuinely myself, down to earth, hyper, silly, sassy. I think my personality is more important than anything else.

Recently you did a 21-man interracial blowbang (Dog Fart Studios). How do you make it through something like that without it feeling like just an endurance stunt; that is, how do you keep it feeling sexy until the end?

I was setting a DogFart record baby!! Too high on life to be anything but ecstatic to shoot that scene. Shout out to Jim Powers for making history with me! 🙂

I’ll cite four blowjob scenes of yours I’ve seen recently that I loved: “Family Strokes: New Rules” (Team Skeet), in which you blow your “Dad” (Jackie Rogen) under a table while your friend eats; “Step Siblings Caught: Girls Who Lie” (Nubiles), where you, Ellie Eilish and Athena Faris all service Cody Steele; an in-car BJ in “My Best Friends Sister 2” (Bang!), a DVD for which you did the very sexy cover shot; and “Step Siblings With Benefits 3” (Team Skeet), another DVD featuring you on the cover. Your oral sex scenes are always remarkable. As the guy in that last scene asks, “How’d you learn to do that?”

Magical work indeed! On your Amazon wish list you include a product with an interesting name: Unicorn Snot. What is special about that product?

Go buy it for me and find out 😉

You heard that folks! Summer is almost over. Why was this a hot girl summer for you?

Check out Aliya’s sexy performances in these DVDs: 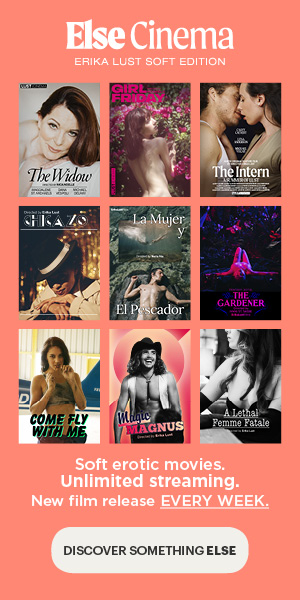 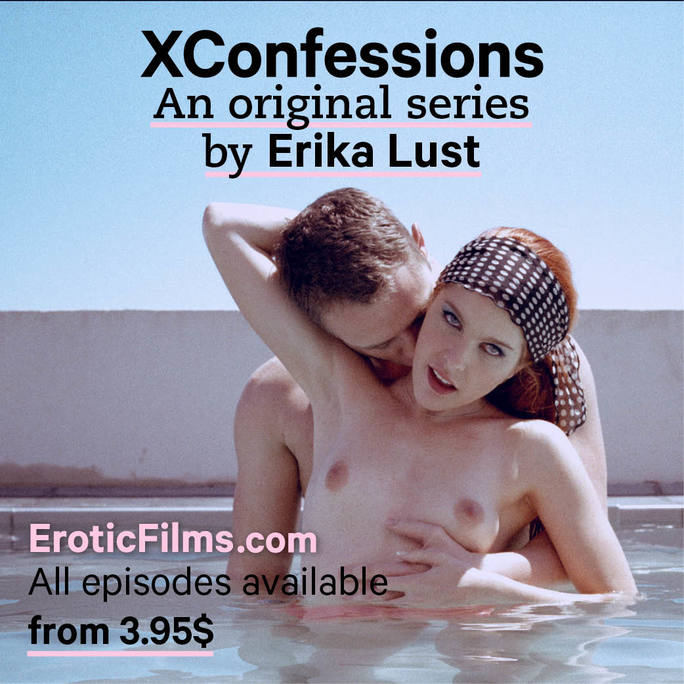 10 Reasons Why We Love Lacy Lennon

All copy is © 2022 HgBK Publications.. All rights reserved. This site contains affiliate links to products. We may receive a commission for purchases made through these links.